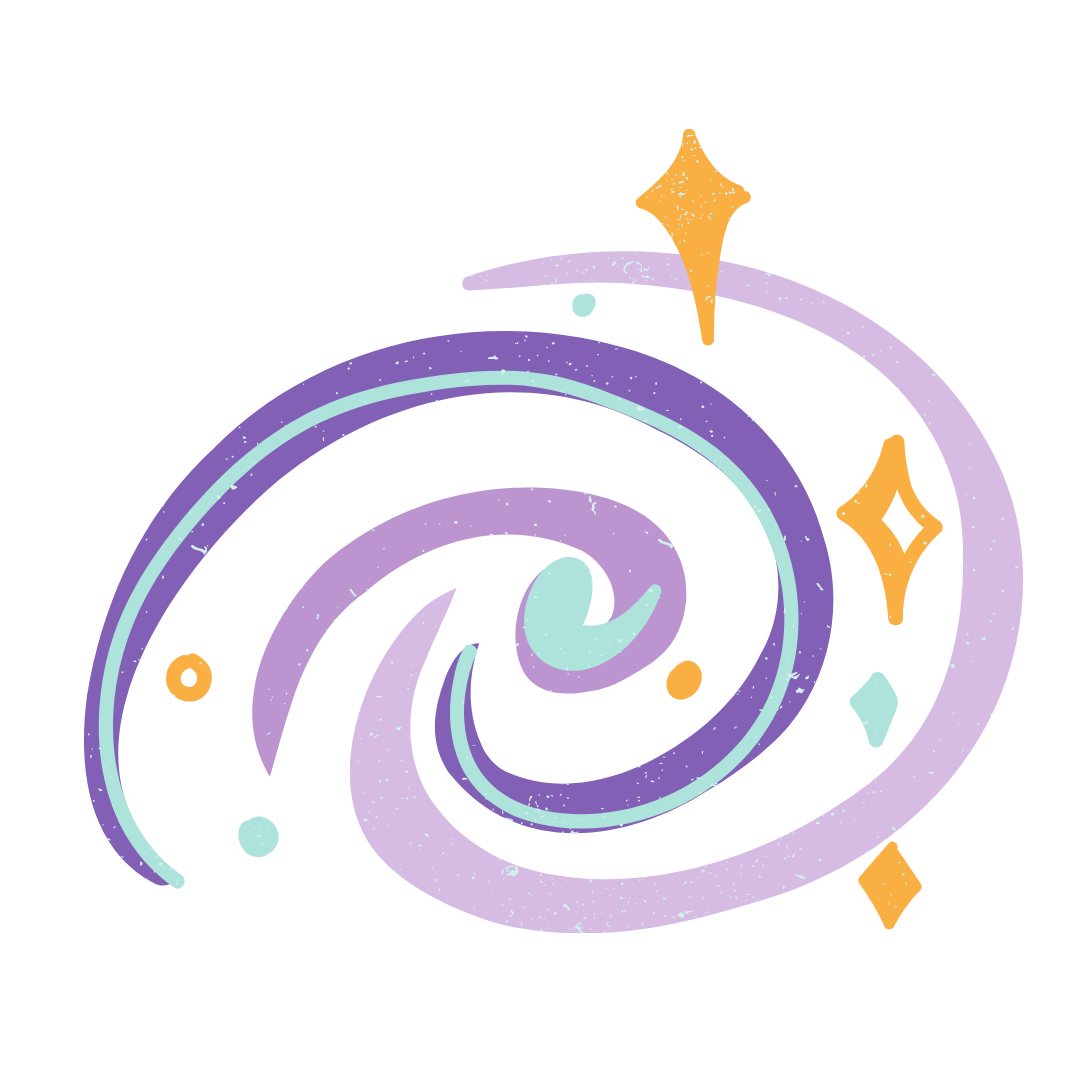 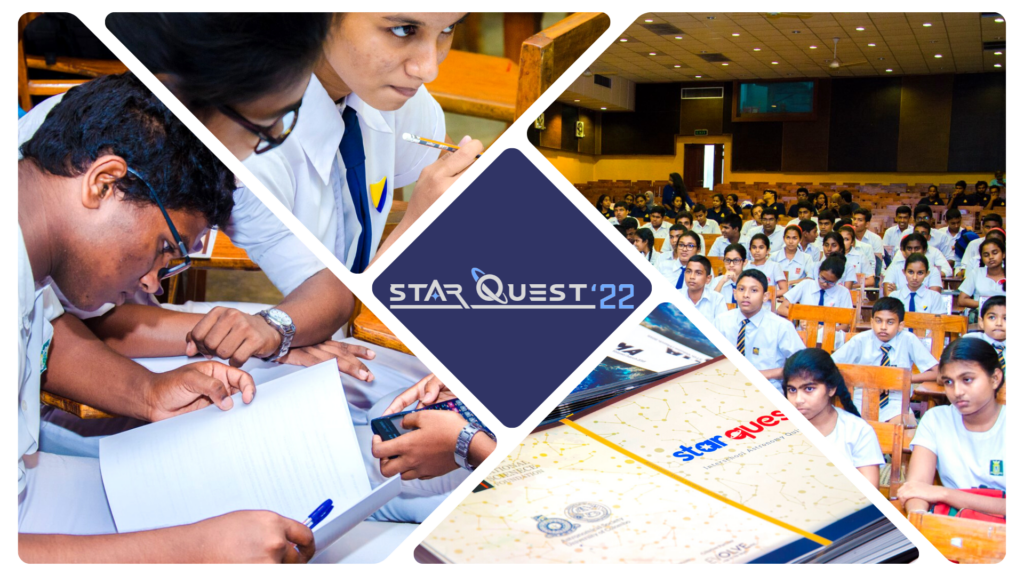 The Astronomical Society of Faculty of Science, University of Colombo has proven to be the oldest Astronomical Society in Sri Lanka, which conducted a vast number of successful projects all over the country during the past years. Among these projects “Star Quest” is one of the major projects that is organized by combining all the schools in Sri Lanka. “Star Quest” is an all-island inter-school astronomical quiz competition that is held annually at the university premises, by the Astronomical Society of Faculty of Science, University of Colombo. It was started in the year 2007 by the Mathematical and Astronomical Society of the University of Colombo to celebrate its 48th anniversary. It is the first All Island Inter-School Astronomical Quiz Competition held in Sri Lanka. Schools from all around the country are invited to the competition. Out of 40-50 teams that generally participate the best four will be selected for the semifinal and the best two will be selected for the final. Students from any grade can participate in this event. The purpose of this project is to promote astronomy education and to enhance the interest in astronomy among school students. Due to the Ester bomb attacks and covid situation in the country, there was no situation to hold this quiz competition since it`s last edition in 2018. For the 10th consecutive year Star Quest`22 was held on 6th of August 2022 with the participation of 33 schools around the Sri Lanka with the participation of more than 150 school students. The quiz competition was composed of a preliminary, semifinal and a final round. The event was composed of several outdoor activities, lectures, and other interesting activities while the championship of the quiz competition was won by the Nalanda College, Colombo team. The event concluded successfully with the help of the sponsors, contribution of the club members and other well-wishers.

Activities carried out at the event/program

The Star Quest`22 commenced with the participation of 33 schools around Sri Lanka. The inaugural ceremony was headed by Prof. Chandana Jayaratne, the head of the Department of Physics, University of Colombo and the senior treasurer and the advisor of the Astronomical Society of the University of Colombo.

The annual journal of the Astronomical Society of University of Colombo, SIGMA was published as an e -magazine which includes astronomy related articles and segments in Sinhala, English and Tamil languages. This is the 38th edition of the SIGMA magazine published since its origin in 1957.

Then the preliminary round of the quiz competition was consisted of a MCQ paper, where the whole team had to answer within 1.5 hours. This segment was done in the New Lecture Theater (NLT) in Faculty of Science premises. The best 4 teams were planned to be selected from this round for the final rounds.

Till the papers were being marked, all the participants had the chance of listening to the guest lecture delivered by Dr. Janaka Adassuriya, senior lecturer at the Department of Physics, University of Colombo. His lecture was mainly focused on the importance of learning and researching on Astronomy and Space Sciences. There were 5 teams in the semi finals due to a tie in the 4th place while ranking the teams depend on the results of the preliminary round. Following teams were qualified for the semi final round which was an essay type question paper consisted of 4 challenging essay type questions.

While the semi final sessions were done, several activities had been organized for the rest of the students. Motivational sessions and outdoor group activities were organized to make the participants motivated about science and astronomy education. The students were educated about the opportunities provided by the Astronomical Society of University of Colombo and the Astronomy and Space Science unit of the Department of Physics to promote and enhance Astronomy education in Sri Lanka.

Then Nalanda College, Colombo 10 emerged as the champions of the Star Quest`22, All Island Astronomy Quiz competition after a tough fight with the Kingwood College, Kandy in the grand finale. The winners including the champions, runner up and the 2nd runner up were awarded with the challenge trophy, medals, certificated and special presents while all the other participated students were awarded with the participation certificates. The event concluded successfully after the appreciating the advisors, judge board members and the old society members

Outcome and impact of the event/program

The event was successfully held with the participation of 33 schools around the Sri Lanka amidst the transportation problems. Many schools away from the capital city
were eagerly waiting to participate in the biggest Astronomical Quiz competition after years of being infront of digital screens at home. More than 40 schools confirmed the participation in Star Quest`22 but some of them were unable to fulfill their transportation requirements to come to the University premises due to transportation problems. It was clearly seen that Star Quest`22 have reached most corners of the country. Schools covering not only western but also Central province, Northwestern province, and far reaches of Southern province like Weeraketiya participated in this contest.

The students were found to be passionate about Astronomy and Space sciences and they were observed to be engaged in the organized outdoor activities actively as well. Interactive sessions with students after the preliminary round were interesting to see and lot of students had many questions regarding the Astronomy and science related higher education opportunities and careers.

The SIGMA magazine, the annual journal of the Astronomical Society was published at the event as an e- magazine. This was the 38th volume of the SIGMA magazine and the magazine was composed of articles and segments in English, Sinhala, and Tamil languages. Most of the students below A/L classes had positive thoughts on science related opportunities in universities. It is expected that the Star Quest`22 had brought up so many young amateur astronomers through the participated school children.

The lecture on Introduction to Astronomy and Space Sciences and the importance of studying Astronomy by Dr. Janaka Addasuriya (Senior lecturer at Department of Physics, University of Colombo) was a keynote moment that not only school students but also the gathered parents and teachers got a lot of knowledge and awareness about this important field of science.

Majority of the students had a lot of curiosity of what they don’t know and interesting things happening in the universe. Although many students were not present at the finals due to transport difficulties the retained students were observed to be so much enthusiastic about the things happened in the grand finale.

The expected outcomes of the event were successful to a great extent although there was a transportation issue in the country. The participation of students around Sri Lanka proves this. Lot of schools who were not observed in the field of astronomy were found along the Star Quest`22 which resembles that Astronomical Society of the University of Colombo has brought astronomy in to the unreachable.